Latin America, long an importer of franchises, is now exporting them too. Successful brands are spreading their footprint as franchises transcend national frontiers.

“Absolutely…” is the unequivocal response that Lucas Secades gave Latin Trade when asked whether Latin America has stopped importing franchises and now exports them. Secades is executive director of the Argentine association of brands and franchises.

With responses ranging from caution to militant optimism, spokesmen for franchises all over the world are talking passionately about this issue. “The first ones to go abroad were the Americans. They started to establish themselves in various countries through the concept of franchising,” said Secades. This happened during the 1990s, although there had been a few pioneering examples in the region like McDonald’s. A few years later local entrepreneurs with innovative and successful businesses in their own countries started to look upon franchises as the way to cross borders. And so it was that the Latin American brands started to venture into little-known territories, abandoning the protective limits of their own markets.

“The (franchising) sector is showing relative maturity in some countries, where some brands are already exporting or are in the process of starting to export,” said Diego Elizarrarás Certa, president of the Mexican franchise association. “It often happens that franchising starts with the arrival of foreign brands. Then the leading national brands start to copy the model. Over the years, it ends up being a small business phenomenon. At that point most of the franchises are national, and that’s where some of the already consolidated brands and original concepts start to be exported to other countries.”

In effect, the three countries with the most highly developed franchise sector in Latin America – Brazil, Mexico and Argentina – have adopted this way of doing business and have a very high percentage of national franchises in their markets, according to numbers provided by the Ibero-American franchising federation, Fiaf, whose headquarters are in Valencia, Spain. It’s 95, 90 and 84 percent in Brazil, Argentina and Mexico, respectively. This success also encourages companies and entrepreneurs to expand to other countries by marketing their own brand as a franchise.

There are lots of examples of franchise export success stories. The traditional manufacturer of shortbread biscuits, Havanna, an Argentine classic, has moved into upscale cafés that offer chocolates, sweets (alfajores) and the biscuits, all packaged through a masterful job of marketing and branding. Today, Havanna has 75 points of sale outside of Argentina, with a franchising presence in almost all of Latin America, the United States, Israel and Spain. There are 200 cafés in Argentina, some owned and some franchised.

Another case in point, with double merit, is Pronto Wash, a mobile car wash. The company was established in December 2001, at a time when the Argentine economy was falling apart, resulting in hundreds of corporate bankruptcies and millions of unemployed.

Twelve years later Pronto Wash has 400 franchises in 30 countries on four continents, and by its own reckoning, it’s the Latin American company with the highest growth in the franchise sector worldwide.

The concept on which the company developed is to offer the car wash service while the customer is doing something else. For that reason the best locations are the parking lots of shopping centers or cinemas. The second innovative concept it offers is a low level of water consumption: less than 1.3 gallons per car. Thus, the smart-looking black and yellow carts have earned a place in the world, offering six basic services and four extras.

In Brazil’s enormous marketplace there are many successful cases to choose from. The Fisk Institute – Brazilian in spite of its name – offers courses in English, Spanish, Portuguese and computer literacy overseas and is accumulating prizes in excellence. It started developing its own method of teaching English through the experience in Brazil of its founder Richard Fisk and today its franchises go far beyond the region: it can be found in North America, Asia and even Africa. There are 59 learning centers in Argentina and 11 in Japan. In all there are 863 units, 108 of them outside the country.

O Boticário is another success story among Brazilian franchises. Its presence abroad is limited to eight countries, but within those eight there are 368 points of sale and 59 exclusive stores. The company presents itself as “the best network of perfume and cosmetics franchises in the world” and was one of the first in Brazil to adopt the franchise system. Even in its own country O Boticário’s numbers are impressive: it has more than 950 franchises and 3,353 points of sale in Brazil.

Localiza is another Brazilian export star. It has the biggest network of car rentals in Latin America, with franchises in the principal cities of Argentina, Bolivia, Chile, Colombia, Ecuador, Paraguay, Peru and Uruguay in addition to the ones it has in Brazil. In all, it has a presence in 352 cities with 513 agencies, 49 of them abroad.

Mexico shares the podium with Brazil and Argentina as one of the big franchise markets. For anyone who doesn’t believe Latin Americans are creative, Kidzania is a shining example. It’s a theme park for children from four to 12 years of age, “where they pretend to be adults” in a city scaled down to the size of children.

Kidzania was launched in Mexico in 1996 by businessman Xavier López Ancona and claims to be “the education entertainment leader for children.” It currently has franchises in Japan, Indonesia, Portugal, the Arab Emirates, South Korea, Malaysia, Saudi Arabia, Thailand, Kuwait, Russia, Egypt, India and Turkey, as well as in Brazil and Chile in Latin America.

The next exclusive licenses, expected to start operations in 2014, will be in Singapore, Moscow and Manila, with parks opening in London and the United States in 2015.

Nor is medicine excluded from the world of franchises. There are examples in providing medicine (such as GI Farmacias and Farmacias de Ahorro, with a large local following but little international exposure), as well as in medical services.

The Umbilical Cord Bank is a Mexican biotechnology company whose business is cryopreservation of stem cells from the umbilical cord. It has only been in business for about 10 years but has 25 franchised branches, some of them in Argentina, Brazil, Colombia and the United States, and a presence in 70 cities.

It is the first privately owned bank of its kind in Latin America. The franchise offers to store stem cells from the umbilical cords of newly born babies, a technique that’s considered the most advanced for the effective treatment of serious illnesses that a person might suffer throughout his or her lifetime, such as leukemia, anemia, cerebral palsy or tumors.

The emerging Peruvian economy is not being left behind on this Latin American franchise trend. From being a country with 65 percent of foreign brands in its franchises, it recently started to export its own through gastronomy.

“Peru has the number two gastronomy in the world after France,” says Carlos Canudas, an accountant, specialist in franchises and a big gastronomy fan. “But it’s not fast food gastronomy,” he adds. These are high-level restaurants, like Astrid y Gastón, Osaka or the Rosa Náutica, which have increased the value of Peruvian cuisine in the world of international gastronomy.

In Argentina, according to data from the Canudas Study, 54 per cent of the brands that export their franchises are in clothing, followed by services and gastronomy. “When you’ve saturated your own country you start to expand abroad,” says Canudas. And it’s natural to take the first steps in neighboring countries. “Everyone wants to set up in the United States, so they can say, ‘I am in the United States.’ But setting up there involves 22 different pieces of legislation, depending on which State you’re in. It’s very complicated,” he said.

Speaking from the northern extremity of the region, Elizarrarás Cerda, of the Mexican Franchise Association, agrees. “The United States is on the minds of many brands as the ideal destination, if you set aside the complicated legal structure and the competition in the market,” he said. But Latin American offers a similarity of markets, as well as the language and the legal and commercial structures, factors that become more attractive when a franchise seeks to expand into other countries.

However, not all Latin American countries are the same. They differ widely in terms of tastes and sizes. “In Bolivia, Chile and Peru, however, tastes are similar,” says Canudas. “And so, it’s very probable that a Peruvian brand, for example, will have its first foreign experience in Chile.”

Canudas explains that Argentine clothing franchises have had to “tropicalize” colors (more conservative hues are preferred in Argentina), and modify the range of sizes. Latin American tourists go to Buenos Aires searching for design, he adds. Then, “instead of us going out to foreign markets, they came to us to buy.” By now, the main Argentine apparel brands have reached stores in Paraguay and Uruguay. “In Paraguay’s Pinedo mall, 51 out of the 150 brands they carry are from Argentina,” he says.

The experts insist that the crucial point of a successful franchise is having a concept, product or service that stands out from the others. And the product or process cannot fail to include packaging, marketing and brand development. A brand of lingerie is a good example. “A signature like Caro Cuore won’t sell more underwear. You sell sensuousness. Enter the store and there is perfume in the air. The music is special. Whatever you see, whatever you hear, whatever you touch is special. It’s a concept,” says Canudas. And later, the buyer takes home the clothing in a big, bright bundle. It’s all marketing, something in which Argentines excel. “It’s a question of perception. You feel good enough to wear Caro Cuore clothes.”

Secades, of the Argentine association of franchises, cites four basic characteristics for a franchise to be successful in foreign countries.

The phrase “Think globally, act locally” sums it up.

Experts agree on the importance of government support in the promotion and export of franchises. In this respect, Secades and Canudas emphasize the support given by the authorities in Mexico, Brazil and even Venezuela to the sector, though not in Argentina. 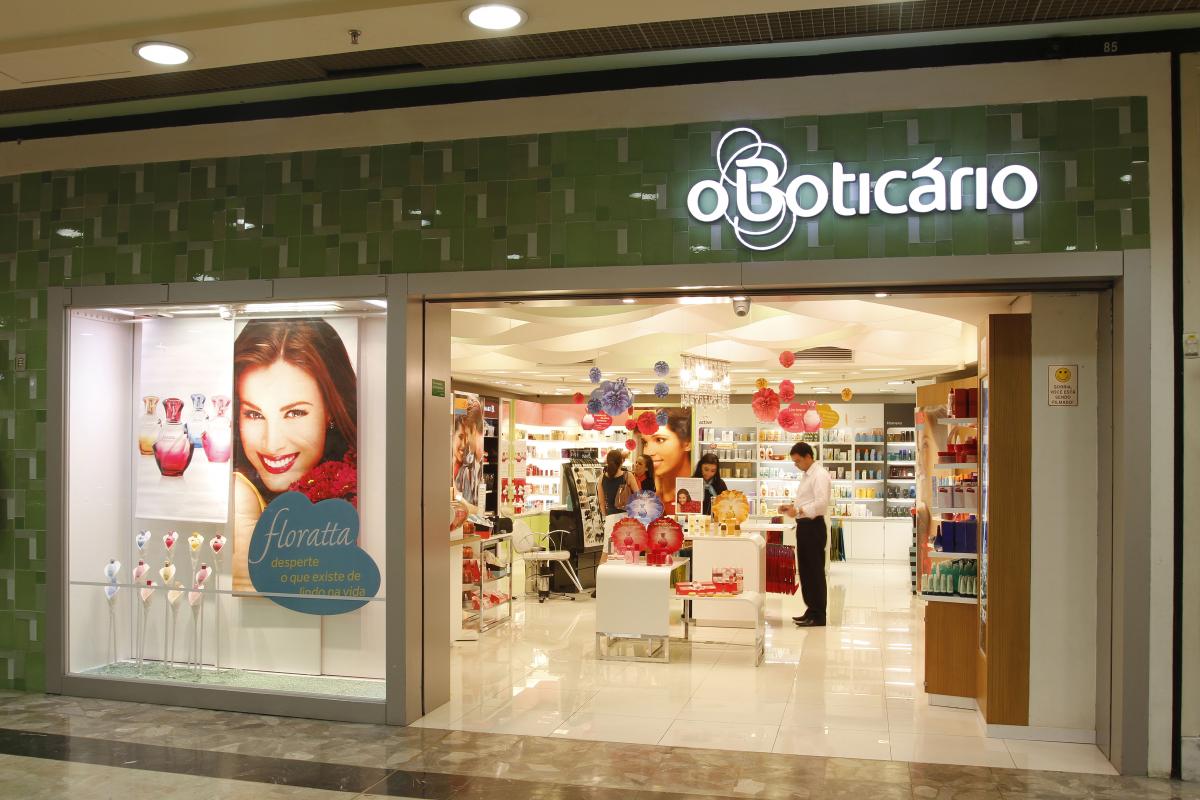 Amid the enthusiasm over franchises, warning voices can be heard. Rafael Giménez Camacho, a Mexican specialist, says he is concerned about regulation in the region, or its absence in some cases, and how this can result in abuses. “Without regulation, any company can franchise itself. It doesn’t matter whether they have experience, have a track record, or how much capital they have,” he says. “Most of the legal problems arise because some of the franchises represent businesses that have little in the way of a proven track record.”

Some countries have implemented special legislation and others are planning to do so. Meanwhile, governments are putting their full weight behind promotion of the sector. That support is reflected in Brazil and Mexico by the gigantic international trade shows organized there each year. The Mexican show – in March – is the most important in the Spanish-speaking world. The Brazilian one – in Sao Paulo in June – is the most important in the world.

And, as a sign of the times, from May 26 to June 14 the First Virtual Trade Show of Latin American Franchises will take place.

This feverish activity is backed up by the sector’s growth figures. As Canudas points out, Latin America’s economy is growing at 3.6 percent a year, but the franchises are growing faster than 10 percent, and 20 per cent in Peru.